Budding bakers of all ages are invited to take part in a chocolate themed bake-off this Fairtrade Fortnight.

Fairtrade Fortnight is the annual campaigning fortnight of the Fairtrade Foundation which this year runs from 25 February to 10 March. 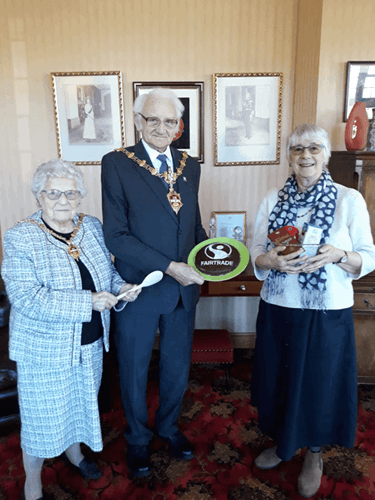 People can drop off their cakes, which must contain Fairtrade cocoa or chocolate, between 9am and 10.30am for judging by stalwart of the Stourbridge business community, David Harcourt and the Mayor of Dudley at 10.30am.

Cakes cannot be returned, but slices will be sold off to raise money for the Fairtrade Foundation.

The showstopper cake will win a prize. There are three age categories – under 11 years, ages 11-18, and over 18 years.

Fairtrade tea and coffee will be provided to enjoy with slices of fairtrade cake. All donations will be sent to Traidcraft Exchange

“The Fairtrade Bake-Off is a popular part of Fairtrade Fortnight and gives people the opportunity to get creative in the kitchen while raising money for a good cause.

I’m really looking forward to seeing – and tasting! – some of the bakes and helping to promote Fairtrade across the borough.”

Dudley Council is a Fairtrade Council and supports fairtrade within the authority and promotes events run by the borough’s two Fairtrade towns, Stourbridge and Sedgley during Fairtrade Fortnight. The council will be hosting a pop-up exhibition in the council house during the fortnight.

The theme of this year’s campaign is ‘She deserves a living income’ focusing on the need to provide a fair wage for farmers and producers in developing countries.

Fairtrade is about better prices, decent working conditions, local sustainability, and fair terms of trade for farmers and workers in the developing world. By paying sustainable prices, producers receive a fair wage which allows them to improve their position and have more control over their lives.